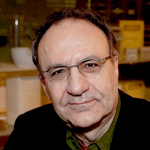 For his academic achievements and research, he has been appointed is a Fellow of the Canadian Soc. Pharm. Sci (CSPS), the American Assoc. Pharm. Sci., and the American College of Clin. Pharmacology. He has received the Killam Professorship, McKeen Cattel Memorial Award of the American College of Clin. Pharmacol., the McCalla Professorship of the University of Alberta, the McNeil Award of Assoc Canadian Faculties of Pharm., CSPS Leadership Award.

He has been an invited or keynote speaker at many conferences.

He is the founding president of the Canadian Society for Pharmaceutical Sciences and founding editor of J. Pharm. & Pharm. Sci. (www.cspsCanada.org), the first open access, fully electronic peer-reviewed journal in the field.