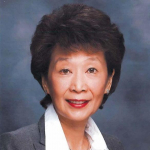 Recently retired, Catherine was VP of Regulatory Affairs and Quality at Janssen Canada (a J&J company). Catherine was a graduate of Yale University with a PhD in Molecular Biology and Biochemistry and a postdoctoral fellow of Princess Margaret Hospital focusing on cancer research. Catherine joined Johnson & Johnson to head Discovery Research and was made Director of the research unit in 1988, heading a group of 40 research scientists focusing on oncology, immunology and metabolism in drug discovery. After completing over 50 publications in basic science, Catherine moved to head the Clinical research group and was made Senior Director of Clinical Research 1999. From 2006 onwards, she was made Vice-President of Regulatory Affairs. Catherine has published over 70 papers in reputable scientific journals and was made of member of Who’s Who Canada and International. Catherine was elected to the role of President Elect of Canadian Society of Pharmaceutical Sciences in 2016 and is the president from 2018 to 2019. Catherine, as a key member of Canadian IMC, the Canadian Organization for Innovative Medicine, she is instrumental in assisting the drafting of the Canadian Orphan Drug Framework and Regulation and other policies important for regulatory reforms in Canada. The most recent appointment on January 2019 was to be the industry representative for the Real World Evidence Core Action Team which is the national advisory committee chaired jointly by Health Canada and CADTH. In this role, Catherine provides advice to the Core Team and also acts as the conduit for the innovative sector of the pharmaceutical business.